Pirelli Skyscraper (Grattacielo Pirelli) is one of the best known buildings in Milan and a long-time symbol of its economic prosperity. 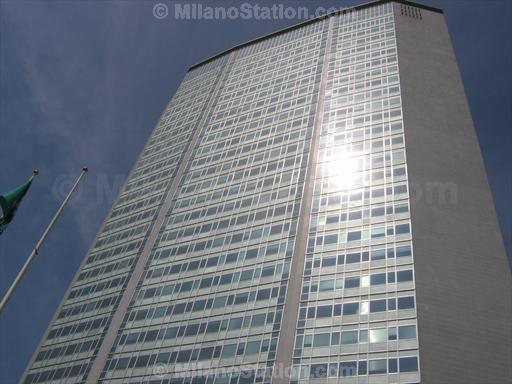 It has an unusual shape and looks very elegant – it was one of the first skyscrapers which broke away from the traditional cubic design. Later it served as the inspiration for the design of PanAm (MetLife) building in New York and Alpha Tower in Birmingham. The architects of Pirelli Skyscraper were Gio Ponti, Pier Luigi Nervi, and Arturo Danusso.

Pirelli Skyscraper is now owned by the Government of Lombardia and used as its main seat (Milano is the capital of Lombardia region).

Piazza Duca d’Aosta is a large square in the northern part of Milano city centre. There are two well-known buildings at Piazza Duca d’Aosta: besides Pirelli Skyscraper there is also the huge white historical building of Milano Centrale Train Station.