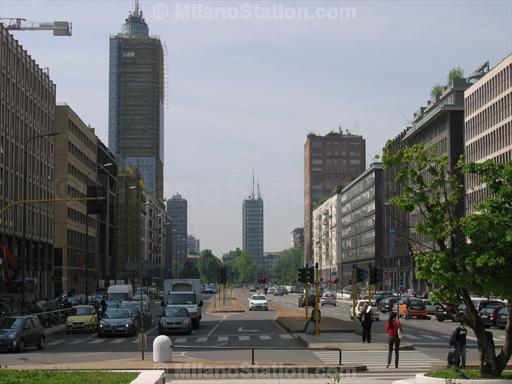 Piazza Duca d’Aosta means Duke of Aosta Square. Aosta is a small region in Italy, near the French and Swiss border. The square is mostly known as the location of Milan Central Station and Pirelli Skyscraper. Aosta Square is slightly outside the historical city centre, but very popular with tourists. There are many hotels near Piazza Duca d’Aosta and Milan Central Station.

There are no trams in Via Vittor Pisani, but several tram lines go through Via Fabio Filzi, a street parallel to Pisani on the Pirelli skyscraper side.